How Our Thoughts Affect Our Reality 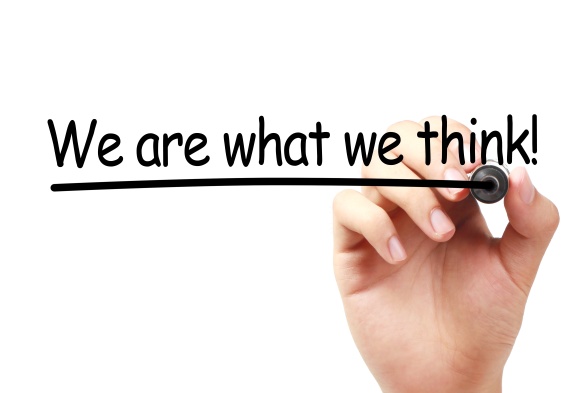 When I began my self-improvement journey several years ago I came across a book that inspired me and gave me much needed clarity about how to change my life for the better.  In my opinion this book is a must-have for anyone looking to understand how our thoughts affect our world and shape our reality.  It is written in plain English without the jargon commonly associated with the study of the mind, so it’s easy enough for anyone to understand.

I still revisit this book now and then because from time to time I need a reminder of how important it is to be mindful of what we entertain in our minds.   The book is a very short read, and it can be found in audio form as well.  The audio version of the book is less than an hour long, so I can easily listen to the entire recording in a day just driving to and from work.

The book I’m referring to is “The Strangest Secret” by Earl Nightingale.  There is great information in the entire book but there is one segment in particular that always grabs my attention for its truthfulness and simplicity.  The segment begins by stating this:

Let me tell you something which if you really understand it, will alter your life immediately…Here’s the key to success and the key to failure: We become what we think about.

The author then proceeds to explain exactly how this works, and gives the analogy of a situation that parallels the human mind using a farmer and fertile soil.  In his example, Earl asks us imagine that a farmer has a piece of fertile land in which he plants a seed of corn and a seed of poison.  The land, being impartial to what is being planted, will invariably return to the farmer exactly the “fruits” of what he has planted, a plant of corn and a plant of poison. He compares this fertile land to the human mind and the seeds to our thoughts because the mind – like the land – does not care what you plant in it; it will return what you plant, but it doesn’t care what you plant.

While it’s true that the mind is far more complex and mysterious than the land, the principle is the same.  Whether we plant thoughts (seeds) of success (corn) or thoughts (seeds) of failure (poison) the mind (land) will return to us exactly what we plant in it in the form of our experiences in all areas our lives such as work, family, love, finances, etc.

For me this was a wake-up call.  If this was true (and I had no reason to believe that it wasn’t) it meant that I needed to become aware of my thoughts throughout the day.  I needed to make sure that whatever thoughts I was entertaining were seeds that would produce the type of experiences I wanted to have in my life.

This proved to be easier said than done.  It was easy at the beginning of the day because I would start off with a clean slate and a positive attitude, but as I gradually got busy and distracted with my daily activities, I found myself repeating old thought patterns that were sure to produce unwanted results if left unattended.

At first I would get bummed up about it, because I thought that no matter how hard I tried I somehow managed to end up back at square one.  This would only cause me to feel more like a failure and, you guessed it, negative tapes to start playing again.

But I later learned that it is impossible to watch what we are thinking 24 hours a day (or however many hours we spend awake), so getting temporarily distracted was perfectly normal.  In fact, a recent study revealed that, astonishingly, humans are on autopilot nearly half of their waking hours!

Our mind is designed to jump on autopilot whenever possible in order to automate mundane tasks.  You do something long enough and it eventually becomes a habit, making it a task that you no longer have to think about.  If you’ve ever driven from one place to another and had no recollection of how you got there, you know exactly what I’m talking about.  I can certainly relate to that.  There were times when I suddenly realized I had arrived, and thanked God I was alive and prayed that I hadn’t committed any violations while driving.  Yikes!

Whenever I think of this I realize what a wonderful design the mind is.  I’m speechless when I think of all the intricate wiring and programs that are running to ensure that we follow all the traffic laws and make critical decisions almost unconsciously!  Of course this works to our advantage when our mind is engaged in something positive or uplifting, but it can just as well work against us when it’s engaged in something negative or undesirable.

But the good news is that we can change our thought habits just like we change any other habit: with repetition and persistence.  How do we know this?  Because that’s how our negative or pessimistic thinking became so natural to begin with.  It all started with thoughts that we entertained, then entertained some more, then recalled and entertained again, until now those thoughts just seem to naturally come to us on their own, and when we least expect it we find ourselves on a train to Looserville.

Like everything else, making a change in thought patterns takes practice and persistence, but it all begins with awareness.  If you’ve determined that you want to change the thought seeds that you’re planting in your mind, make it a point to become more aware of your thoughts throughout the day; whenever you catch yourself thinking less than favorable thoughts, don’t beat yourself up for it.  Instead, be glad that you caught yourself and reach for a better thought.

But if you are feeling a strong negative emotion associated with the thoughts you’re thinking, remember our river analogy from a previous post and make the jump gradually so that you don’t end up in the river.  With practice and persistence you’ll soon turn your new thought patters into a habit, and the less than desirable thoughts will fade away.

One thought on “How Our Thoughts Affect Our Reality”