The Stigma Associated With Sacrifice 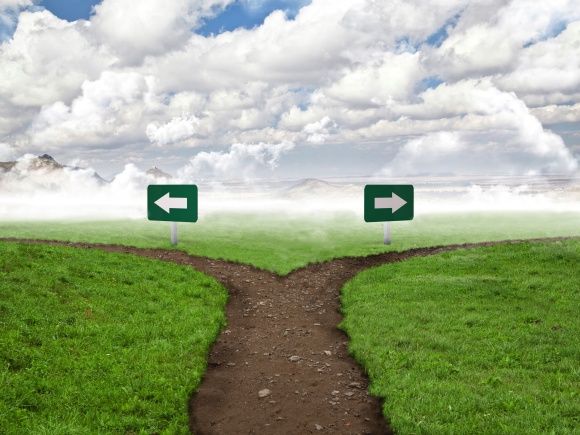 Have you ever met a person who says “I’ve sacrificed xyz for xyz” with a smile on their face?  I haven’t.  I can usually tell by the tone of their voice or the look on their face that the feeling associated with their sacrifice is not a positive one, and I’m beginning to think it has something to do with the stigma associated with the word itself.

The dictionary defines sacrifice as:

An act of giving up something valued for the sake of something else regarded as more important or worthy.

That makes sense to me.  But why then do we have this somewhat negative emotion associated with it?  Shouldn’t the emotion elicited from the true recognition of the worthier cause be joy or something similar?

I thought about this, and realized that generally when I say that I’m making a sacrifice I may feel a somewhat negative emotion because I may be focused on what I’m losing or giving up rather than on the worthier cause; I may be, therefore, feeling the loss or absence of what I’m giving up instead of the joy of why I’m giving it up.

The stigma generally associated with sacrifice is one of loss, suffering, or going without. This in itself has the potential to create feelings of resentment or self-glorification.  I may consider myself a nobler person because I’ve made sacrifices.  Therefore, you must look upon me as a nobler person, too, and praise me for my ability to make such a sacrifice. On the other hand, if I‘m focused on my loss, and the worthier cause for which I gave up something ends up going south, the feeling of loss may turn to resentment.  “I sacrificed [fill in the blank] for this? What a waste!”

I’m sure not everyone views sacrifices this way, but my experience has been that when people (including me) speak of sacrifices, they generally do so with an almost sarcastic tone.   I’ve decided that I would like to change that about myself.  I would like to change my perspective so that when I sacrifice something for the sake of a worthier cause, I am so intently focused on the worthier cause itself that whatever it is that I’m giving up no longer even matters.

When parents work in order to earn money to support their family, aren’t they sacrificing something?  They certainly are. They are sacrificing family time, or fun time, or “me” time.  Yet we normally don’t call that a sacrifice.  Even parents themselves don’t call it a sacrifice.  Why? Because the focus is not on what they are giving up but on the worthier cause, taking care of their families.  No body even thinks of the time and energy that is being expended or given, because the focus is not on the loss, but on the gain that results from the loss.

These are the types of sacrifices that I’d like to make.  To others it may seem like I’m making a sacrifice, but to me it would simply feel like the most natural thing to do.  I want to get to the point where, having acknowledged and assimilated the worthier cause, the absence of what is being offered simply no longer matters.

How will I go about making this change?  I don’t know yet, but while I figure it out I’ll start by making it a point to change my perspective.  Perhaps that is all that is needed!

What does sacrifice mean to you?  What feelings have you experienced as a result of the sacrifices you’ve made?